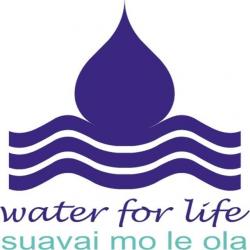 SWA is a state owned enterprise which reports to a Board of Directors appointed by Government.

Clean drinking water is a basic requirement of a developing country and SWA has set about replacing and further developing Samoa’s reticulated water infrastructure.

It’s not an easy thing to provide treated drinking water in a low income, developing, tropical island environment. Over the last 10 years, in particular, SWA has made significant progress in replacing aged infrastructure which contributed to unreliable water supply for many people; and in expanding its production capacity to reach areas which have not had reticulated water before.

All of SWA’s water supply is from either river intakes or bores. It has built up its system of treatment plants and supply pipelines. It has also built a waste water treatment plant to treat and dispose of sewage from the Apia town area and the national hospital.

Since 2008 Samoa has had national drinking water standards and SWA has established laboratory facilities and a testing regime to ensure it meets those.

This is due to expansion of the network in both the urban and rural areas; improved service meaning more people connecting; changing lifestyles in the Apia urban area, so individual families want meters instead of extended families; and treated water replacing untreated water which is supplied at a fixed rate.

The organisation still faces a number of on-going challenges, not least of them climate change, which is seeing families relocate to higher areas which have traditionally been unoccupied and do not have water supplies. Sustainability of water supply, eliminating losses of treated water and water conservation, as well as financial sustainability remain challenges.