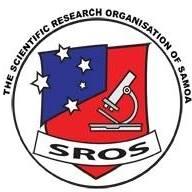 The Scientific Research Organisation of Samoa (SROS) previously known as the Research and Development Institute of Samoa (RDIS) is an independent public beneficiary body constituted and operating under the provisions of:

• the Scientific Research Organisation of Samoa Act 2008 and;• the Research and Development Institute of Samoa (RDIS) Act 2006, (‘the principal Act’).
SROS is also legally regulated by the;

• Labor and Employment Act 1972 and;• Public Finance Management Act 2001.
SROS also adheres to specific reporting requirements to Government as laid out by the Ministry of Finance.

Established in 2006 as a newly formed government initiative, SROS was set up to provide scientific and technical research, and develop technologies which provide benefit to Samoa’s industries, government ministries, corporations, agencies and communities and in turn the national economy

Email me jobs from Scientific Research Organisation of Samoa (SROS)